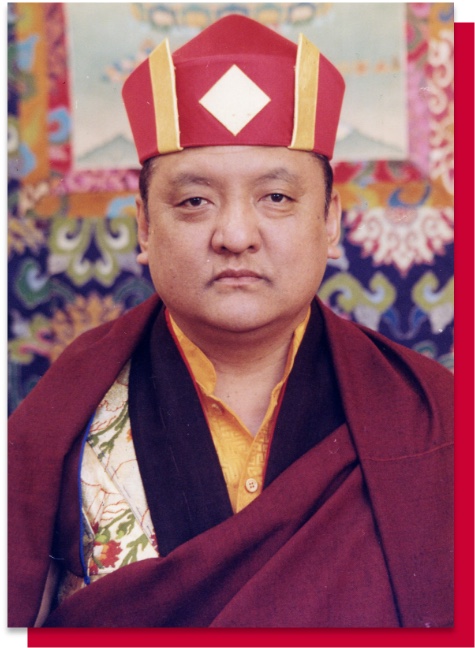 On 11 June 2014 our beloved teacher, the 14th Kunzig Shamar Rinpoche Mipham Chokyi Lodro, passed away in his cherished environment of Renchen Ulm, Germany, in the presence of his close family members and some of his closest students. The sudden loss to the world in general, to Buddhism in particular, and especially to his students, is profound and far-reaching.

In the spiritual hierarchy of the Karma Kagyu School, the Shamarpa is second to the Gyalwa Karmapa. He is the emanation of Amitabha, the Buddha of Limitless Light: a living example of the appearance of Amitabha in our world in the form of a Mahabodhisattva. The Tibetan title of Shamar means “the lama of the ruby-red crown”, named after the replica of the Karmapa’s own crown which he bestowed on the Shamarpa. The successive incarnations of the Shamarpas are also known as the “Red Hat Karmapas”. The 4th Karmapa affirmed to the 2nd Shamarpa:

“You are the one manifestation, while I am the other. Therefore, the responsibility to maintain the continuity of the teachings of the Kagyu lineage rests equally on you as it does on me.”

In the Bhadrakalpa Sutra, Buddha Shakyamuni prophesized; “in future, a Mahabodhisattva with a ruby-red crown shall come to the suffering multitude, leading them out of their cyclic bewilderment and misery.” In the Shamarpa, the Buddha’s prediction was fulfilled. The activity of the Shamarpas as a successive incarnation line has been to preserve the entirety of the Buddha’s legacy, especially the teachings coming from the great Indian mahasiddhas and Tibetan masters. Over centuries in the Kagyu lineage, the Karmapas and Shamarpas have reciprocally recognized each other, their relationship being that of a master and disciple.