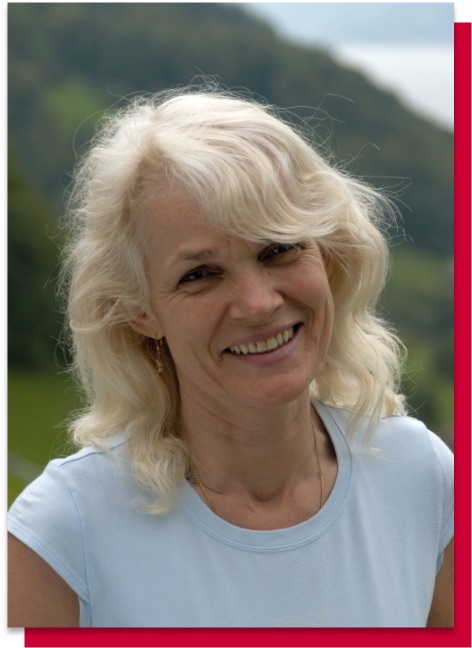 Hannah Nydahl (1946-2007) together with her husband Ole became the first Western students of H.H. the 16th Karmapa in December of 1969. As well as being a qualified Buddhist teacher in her own right, for over 30 years, Hannah interpreted for the highest Karma Kagyu teachers such as the 16th Karmapa, Lopon Tsechu Rinpoche and Kalu Rinpoche, and translated texts of Tibetan Buddhist philosophy.

Hannah Nydahl was a student of H.H. the 16th Karmapa Rangjung Rigpe Dorje, the great Lopön Tsechu Rinpoche, and many other teachers. Together with her husband Lama Ole, she helped to bring the authentic teachings of the Karma Kagyu to the West.

She was the travelling companion, translator, and friend to many high lamas including Shamar Rinpoche, Jamgön Kongtrul Rinpoche, Lama Jigme Rinpoche, and others Hannah passed away on 1st April, 2007, after a six-month fight with cancer.

Her life story has been made into an award-winning film, “Hannah: Buddhism’s Untold Journey”.

To find out more about the documentary please visit: http://www.hannahthefilm.com/